Analysis: Romney paid only 13.9% tax on $22 million. Under Ryan's plan he'd have paid LESS THAN ONE PERCENT

Over at The Atlantic, business and economics editor Mathew O'Brien has been crunching numbers. He compared what Romney's tax rate for the one year of partial returns Willard has released - only 13.9% on $22 million in taxable income - to what he'd pay under Paul Ryan's plan. Are you sitting down?

Under Ryan's plan Willard would have paid an effective rate of...

LESS THAN ONE PERCENT!

Under Paul Ryan's plan, Mitt Romney wouldn't pay any taxes for the next ten years -- or any of the years after that. Now, do I know that that's true. Yes, I'm certain.

Well, maybe not quite nothing. In 2010 -- the only year we have seen a full return from him -- Romney would have paid an effective tax rate of around 0.82 percent under the Ryan plan, rather than the 13.9 percent he actually did. How would someone with more than $21 million in taxable income pay so little? Well, the vast majority of Romney's income came from capital gains, interest, and dividends. And Ryan wants to eliminate all taxes on capital gains, interest and dividends.

But what about corporate taxes? Aren't they a double tax on savings and investment, so Romney's "real" rate is higher than his headline rate? No. As Jared Bernstein of the Center on Budget and Policy Priorities has pointed out, Romney has structured his investments as "pass-throughs" that avoid corporate tax. In other words, the 0.82 percent tax rate is really a 0.82 percent tax rate.

Apparently the Rombot has calculated that the best way to fend of questions about why he won't release his tax records, as every major candidate in this quadrant of the galaxy does, and why, despite eye popping income, he pays at a rate far lower than the average American, is to team up with a guy who would REDUCE Willard's already super low rich guys only tax rate to, essentially, NOTHING.

Of course, there is another possibility. Maybe it really is strategery. Maybe Willard figures picking an extreme far right wing, controversial, highly divisive running mate is good strategery because it worked so well last time for John McCain.
Posted by John Avignone at 9:10 PM No comments:

I wrote two posts about this story last year, when Lower Wingnuttia guitar fans erupted in poutrage over the Kenyan Mau Mau Socialist Muslim sleeper agent taking away their rock. You should read those pieces, here, and here, for background, but the short of it is, as usual with Lower Wingnuttia poutrage, it was all a giant crock of crap to begin with. Here's a quick recap...
Gibson, formerly a private company of craftsmen in Kalamazoo, is now a wholly owned subsidiary of a giant South American conglomerate. The first thing the new owners did was fire all of the old workers and move the company to Nashville, where they could replace craftsmen with machines and not have to worry about pesky details like paying a living wage to the remaining humans they do employ.
The second thing the new owners did was to start trading in the illegal black market of endangered species, specifically, exotic woods protected by a 100 year old international treaty. And they got caught.
Gibson made wild-ass pleas to Lower Wingnuttia, claiming the evil gubmint, and Barack Obama, personally, was out to get them. In point of fact, at the time the feds seized the load of incoming illegal wood that started it all, they had no idea it belonged to Gibson. But hey, since when have facts ever mattered in Lower Wingnuttia?
Well, guess what, Wingnuttians? Gibson has now ADMITTED that they broke the law intentionally, then lied their right wing corporate asses off about it. And you idiots fell for it. Again.
Here's an update on Gibson's plea bargain deal from Mother Jones...

Gibson agreed to pay a $300,000 fine for the ebony from Madagascar that was taken in the first raid. The company also agreed to make a $50,000 donation to the National Fish and Wildlife Foundation to promote conservation work and forfeited the seized illegal wood, which was valued at $261,844.

Here's a link to the settlement agreement...
More from MJ..

DOJ notes that Madagascar is a country that has a major problem with illegal logging, and that its ebony is particularly threatened, which prompted the government to ban the export of unfinished ebony products in 2006. Importing those products would be considered illegal both under Malagasy law and under the Lacey Act

Here's some details of Gibson's deliberate law breaking from the DoJ statement of facts, part of the settlement agreement...


Gibson participated in a trip to Madagascar, sponsored by a non-profit organization. Participants on the trip, including the Gibson employee, were told that a law passed in 2006 in Madagascar banned the harvest of ebony and the export of any ebony products that were not in finished form. They were further told by trip organizers that instrument parts, such as fingerboard blanks, would be considered unfinished and therefore illegal to export under the 2006 law. Participants also visited the facility of the exporter in Madagascar, from which Gibson’s supplier sourced its Madagascar ebony, and were informed that the wood at the facility was under seizure at that time and could not be moved.

After the Gibson employee returned from Madagascar with this information, he conveyed the information to superiors and others at Gibson. The information received by the Gibson employee during the June 2008 trip, and sent to company management by the employee and others following the June 2008 trip, was not further investigated or acted upon prior to Gibson continuing to place orders with its supplier. Gibson received four shipments of Madagascar ebony fingerboard blanks from its supplier between October 2008 and September 2009.

So, there you go, Wingutty rockers. Gibson really is a huge pile of shit. I say this as a huge fan of the old Gibson. The REAL Gibson. Like the 1960 Les Paul Standard above, very similar to the '59 tobacco sunburst Standard I used to own. Anyone who's been around will tell you today's Gibson guitars are junk compared to real Gibsons. Now, the once spotless name of Gibson has been subverted by a huge, heartless, felonious corporation out to make Big Bux using a cherished name to sell mediocre crapola at premium prices.﻿
Posted by John Avignone at 7:32 PM No comments: 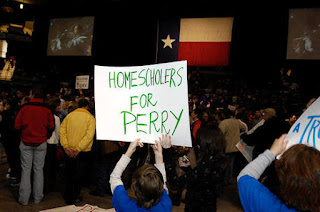 How stupid are they, home scholers [sic} edition: The ignorant fundie boob.babble that passes for "science" in actual Christian home school "science" textbooks...

No, this is not an Onion article. Yes, the most popular "science" text used by idiot fundie home shoolers really does "teach" the following total nonsense, and all in the very 1st chapter. I poop you not.

Here's the top 11 nuggets of rock hard stupid just in the first chapter of the most popular "science" text for fundie moran home schoolers, re-written from a post to 11points.com...

1. Since no one saw the moon formed, science is the same as faith. Forget all of that science stuff - you know, like data, observation, the fact we've actually been there, etc. - because Bronze Age goat herders knew better.

2. The moon is  only 10,000 years old (see 1, 'cause that's not at all like circular reasoning or stupid bleephole kettle logic).

3. Absurd wild-ass guesses based on superstition and nonsense are just like scientific theories.

4. Forget all of those science-type theories and all of the data and evidence. We ignorant fundie morans KNOW how it all happened, 'cause some Bronze Age goat herders told us so.

5. Only evil godless Yankees use technology! That's why the good, upright KKKristians - slave owners, just like the Bible says - lost the War of Northern Aggression!

6. God uses "special signs" to warn us about God's own genocide. You know, mysterious special signs that nobody can explain or predict, like solar and lunar eclipses.

7. The Grand Canyon is only a few thousand years old and was caused by the Great Flood the last time God decided to commit planetary genocide. You know, the exact same Great flood described in the epic poem 'Gilgamesh,' which predates the fairy stories of the Bronze Age goat herders by 1,500 years or so.

8. God wants all of the glaciers to melt so we'll have drinking water.

10. Electricity, magnets and all of that stuff is a total mystery nobody understands and probably doesn't exist because you can't see it or hear it or feel it. Well, unless you're struck by lightning, but, apparently this is a logical leap to far for the idiots that wrote this garbage and the incredible imbeciles who buy into such full throated, 100% Grade AAA USDA Prime STUPIDITY.

11. BTW, we put in some of that godless "science" stuff, too, but just so we could get a publisher to put the rest of this happy horse poop out. You can just ignore it.
Posted by John Avignone at 12:09 AM No comments: