Rebekah Brooks' "personal gift" of cell phone to "dear friend" and grieving mother used by Murdoch to listen in on calls, messages 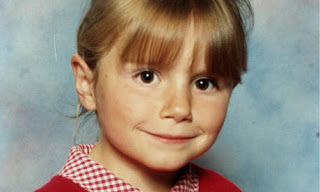 Eight year old Sarah Payne was kidnapped and murdered by a pedophile in July of 2000. Rupert Murdoch's News of the World, since shuttered after revelations of more than 4000 instances of phone hacking, including the hacking of the cell phone belonging to 13 year old murder victim Milly Dowler, took up Sarah Payne's story in a big way.

NOTW splashed Sarah all over their front page for weeks and used Sarah's greiving mother, Sara Payne, to drum up support for "Sarah's Law" in the UK. NOTW editor Rebekah Brooks "befriended" Sarah's mother, at one point giving her a "personal gift" of a new cell phone.

Now we find out that the cell phone Rebekah Brooks gave her "dear friend" allowed NOTW investigator Glenn Mulcaire to listen in to the grieving mother's private calls and messages. Personal details of Payne's later were published in NOTW. From The Guardian...

Friends of Payne have told the Guardian that she is "absolutely devastated and deeply disappointed" at the disclosure. Her cause had been championed by the News of the World, and in particular by its former editor, Rebekah Brooks. Believing that she had not been a target for hacking, Payne wrote a farewell column for the paper's final edition on 10 July, referring to its staff as "my good and trusted friends".
...
On Thursday night Brooks insisted the phone had not been a personal gift but had been provided to Payne by the News of the World "for the benefit of the campaign for Sarah's law".
...
Friends of Payne said she had accepted the News of the World as a friend and ally. Journalists from the paper attended the funerals of her mother and father and visited her sick bed after she suffered a severe stroke in December 2009.

WTF is wrong with these people? Seriously, WTF? At this point, SCREW prosecuting Rupert Murdoch, Rebekah Brooks and the top execs of News Corp, which include Fox News here in the US. Tar and feathering, then banishment from human society seems a more fitting punishment for the lying, thieving immoral assholes who would stoop to such unspeakable, despicable, disgusting acts.

The next shoe to drop may well drop here in the US, when it's revealed that Murdoch's Fox News hacked into thousands of cell phones as a matter of course, including the cell phones of victims of 9/11. They wanted to hear the last desperate messages left by family and loved ones for those who died when the twin towers fell.

No hell is hot enough, no pit deep enough for these filthy pieces of human excrement. In light of what we now know, how anyone can watch Fox is well beyond my understanding. Those who do, know this. By choosing to support these filthy lying pricks you are not only accepting their unspeakably horrendous actions, you're supporting them.
Posted by John Avignone at 9:29 PM