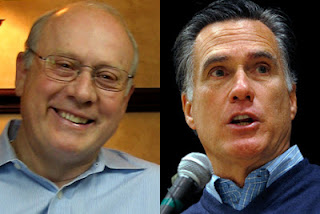 This nasty quackery pushing con-man prick wants to sue anyone and everyone who dares to tell the truth about him? I say let's give him 1 million targets and see how long he can keep it up, then use state laws against using lawsuits as intimidation to prosecute him criminally wherever and whenever possible. Maybe we can give his team of hired Brooks Brothers thugs something to keep them busy when they're not trying to censor VaderSloot's many critics. In the meantime, this bleephole's intimidation, threats and suppression of the free press, and Romney's connection to this POS, will finally get some much deserved attention.
Posted by John Avignone at 9:11 PM