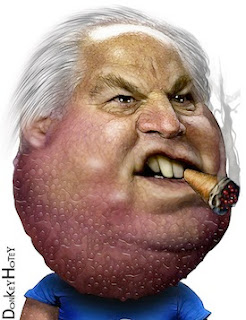 This just in via ThinkProgress, Douche Limpballs syndicator Premier Networks has suspended all national advertising on Douche Limpballs' radio hate fest. This is an unprecedented move that possibly heralds the end of road for nationally syndicated wingnut hate shouters. Stay tuned for more details as they become available...


Radio-Info.com reports that Premiere Networks, which syndicates the Rush Limbaugh show, told its affiliate radio stations that they are suspending national advertising for two weeks.

You can see the full memo here. In the meantime, here's the list of sponsors that have dumped wingnut hate shouters including Mark Levin, Rush Limbaugh, Tom Leykis, Michael Savage, Glenn Beck and Sean Hannity...

Original Story: John Avlon has a story up on The Daily Beast about the news that a who's who of major corporate advertisers have pulled their ads not just from Douche Limpballs, but from all of wingnut hate radio. Ford, GM, Toyota, Geico, Allstate, Prudential, State Farm, McDonald's, Subway and others have removed their ads from wingnut hate shouter radio shows by Mark Levin, Rush Limbaugh, Tom Leykis, Michael Savage, Glenn Beck and Sean Hannity.

This is a big story, and one that fianlly gives hate shouters like self billed rodeo clown Glenn Beck something real to cry about. Here's more... 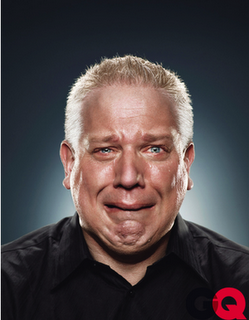 Premiere Networks, which distributes Limbaugh as well as a host of other right-wing talkers, sent an email out to its affiliates early Friday listing 98 large corporations that have requested their ads appear only on “programs free of content that you know are deemed to be offensive or controversial (for example, Mark Levin, Rush Limbaugh, Tom Leykis, Michael Savage, Glenn Beck, Sean Hannity).”

This is big. According to the radio-industry website Radio-Info.com, which first posted excerpts of the Premiere memo, among the 98 companies that have decided to no longer sponsor these programs are “carmakers (Ford, GM, Toyota), insurance companies (Allstate, Geico, Prudential, State Farm), and restaurants (McDonald’s, Subway).” Together, these talk-radio advertising staples represent millions of dollars in revenue.
...
this latest controversy comes at a particularly difficult time for right-wing talk radio. They are playing to a (sometimes literally) dying demographic. Rush & Co. rate best among old, white males. They have been steadily losing women and young listeners, who are alienated by the angry, negative, obsessive approach to political conservations. Add to that the fact that women ages 24–55 are the prize advertising demographic, and you have a perfect storm emerging after Limbaugh’s Sandra Fluke comments.
...
the irony is that the same market forces that right-wing talk-radio hosts champion are helping to seal their fate. Advertisers are abandoning the shows because they no longer want to be associated with the hyperpartisan—and occasionally hateful—rhetoric. They are finally drawing a line because consumers are starting to take a stand. 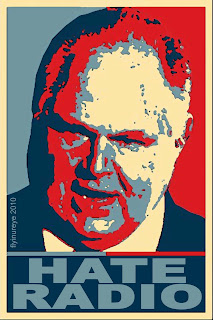 As the old, white, stupid knuckle dragging bigot demographic  - the only demo that listens to the hate shouters - dies off, it's only natural that major advertisers would seek to reach rather than piss off the far more desirable and far larger not old, not stupid, not bigoted demographic.

It's a delicious irony that the very same free market forces the hate shouters shout about are their downfall. Let's hope this really does herald the end of the wingnut hate shouters. Better yet, let's hope this is an example of the death throes of the morally, ethically and intellectually corrupt "movement" of half witted ignorant boobs, bigots, superstitious idiots and rabid loons that make up today's tea bagging GOP.
Posted by John Avignone at 8:49 PM