The GOP produced a bumper crop of a--holes in 2012, but barely a week into 2013 Newtown, Connecticut's GOP State Representative DebraLee Hovey is making her case for GOP a--hole of the year. This nut has it all. First, she makes an idiotic and insulting post to Facebook, which she follows up with an "explanation" that, of course, just makes things worse. Then, she issues the standard GOP non apology apology. Here's how it happened.
Last year, with a bevy of big name GOP a--holes running for president, a nobody GOP state rep like DebraLee Hovey could never make the a--hole big time. With the likes of Rick Santorum, Newt Gingrich, Michelle Bachmann, Herman Cain, Willard Romney, not to mention this guy...

...sucking all of the a--hole air out the room, what's a small town stupid a--hole to do? Wait for a terrible tragedy to shine the national media spotlight on her little backwater, then jump on the a--hole train with both feet, that's what.

It seems Hovey was peeved that, in the wake of the Newtown massacre, shooting victim Gabby Giffords was meeting - in private - with families of the Newtown victims. What really peeved her was that Giffords hadn't bothered to notify Hovey of her visit, though no not stupid, not crazy person has yet to come with any reason why private citizen Giffords would be required to notify her of anything. To express her displeasure, Hovey took time out from her Florida vacation to post to her Facebook page...

Apparently the voices in her head told her this was crazy, even for a GOP a--hole, so a bit later she "explained"...

Putting aside the fact that Hovey seems incapable of crafting simple sentences with basic noun/verb agreement, what apparently chapped Hovey's stupid ass was the fact that two state wide elected leaders, a US Senator and the Lt. Governor, were invited, but a nobody sate rep, who was on vacation anyway, wasn't, because politics, that's why. With such a rich collection of stupid in such a compact package, where to start? 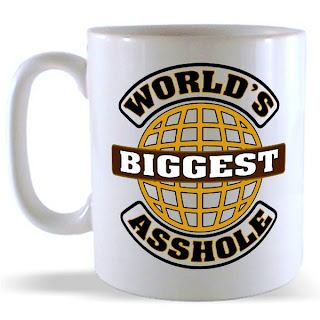 First off, Rep. Hovey, you are neither a leader in CT politics nor a state wide elected official, duh. Second, I can only assmue by "another political," you mean Gabby Giffords. FYI, Rep. Hovey, Gabby Giffords is not a politician. She doesn't hold any office and isn't running for any office. She is a private citizen, and as such can go where she damn well pleases without notifying you or any other stupid a--hole of her plans, duh. Finally, Rep. Hovey, "political motives"? This was a PRIVATE meeting, held in PRIVATE, with no cameras allowed. The names of the families attending wasn't even released. So, either these are the crappiest politicians in the history of politics or there were absolutely no "political motives," much less pure ones, duh.

Finally, your towns? Really? I had no idea. I thought you were merely an elected representative, a servant of the people. I did not know you actually owned Newtown, or any other town in your district.

It's only January, but Hovey will be hard to beat. You heard it here first: The Biggest GOP A--hole of the Year for 2013 will be DebraLee Hovey. Congratulations, Rep. Hovey. You worked hard for it. You earned it. You deserve it. And boy, howdy, are you ever going to get it. 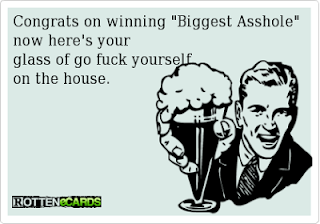 "The remarks I made regarding Congresswoman Giffords' visit were insensitive and if I offended anyone I truly apologize.

My comments were meant to be protective of the privacy of the families and our community as we work to move on, and were in no way intended as an insult to Congresswoman Giffords personally. Our community has struggled greatly through this tragedy, and we are all very sensitive to the potential for this event to be exploited for political purposes. This is what I wish to avoid.

The events of December 14th affected all of us deeply and like many others I am still working through my grief and trying to come to terms with what happened, how we as a community and a state move forward and how we can prevent horrific events like this from occurring in the future. My deepest condolences continue to go out to the families, the community of Sandy Hook Elementary School, Newtown and Connecticut."

So, IF she offended anyone, THEN she'd apologize? Hey, moran, you've already offended countless people. That's why you've been forced to eat crow. Duh.

However, credit where credit is due. How, er, selfless of you to take the heat just to protect the privacy of the private people at this private meeting held in private.

And OF COURSE you didn't mean to insult Gabby Giffords! Why, who'd find some crazy shrew screaming, "Hey, you, get out of my towns!!" insulting?

Boy, howdy, it's a good thing this POLITICIAN was just taking time our of her busy vacation scedule to complain about not being invited to a meeting in her POLITICAL district, which is totally not being political!

Congrats, DebraLee (which is a totally not stupid name), on coming up with an "apology" even more stupid than the stupid thing for which you were apologizing. That takes talent. Mom was right! You really are special! No doubt you'll be a rising start in the GOP clown show. 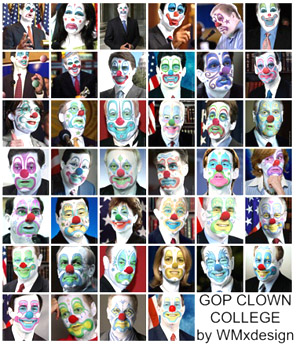 Posted by John Avignone at 5:35 PM