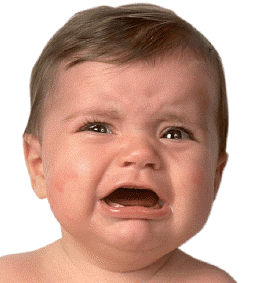 A teacher known for joking with her class makes a mild joke about a student's Romney T shirt on dress down day and it's POUTRAGE in Lower Wingnuttia!

The Philadelphia Inquirer reports on how it all started...

Pawlucy was wearing a pink Romney/Ryan t-shirt on a "dress-down" day at school Friday when, she said, Gaymon began making fun of her. An adult aide waved a marker as if to draw an "X" on the shirt, Pawlucy said.

She also said Gaymon called the school "Democratic," and said Pawlucy's wearing of the Romney shirt was analogous to Gaymon, who is black, wearing a KKK shirt.
...
As students streamed out of the school Thursday afternoon, several groups of students shouted their support for Gaymon, calling her a "great teacher," "really fun," and "nothing like that story."

Students said Gaymon jokes around with her students, but never out of malice.


It's not okay to chastise or humiliate a student for any reason. Clearly that's not what happened here. This teacher is well known for using humor and joking with her class and she was obviously joking here, and every other student in the class knew it.

That said, it was a mistake to single out the T-shirt and a double mistake to joke about the KKK in class. But it wasn't harassment, bullying or in any way malicious. It's the girl's peers that humiliated her, not the teacher. Teenagers toss around taunts and make threats all of the time. Kids can be mean, you know. But the situation has gotten worse...

Angered by a teenager's claims of being humiliated by a teacher over a Romney/Ryan T-shirt, students at Charles Carroll High School ignored warnings from administrators and shouted obscenities out school windows at the girl's parents Friday morning.

Samantha Pawlucy had accused her geometry teacher of humiliating her for wearing the shirt, and stayed out of school after saying she learned students had made threats against her. To calm the situation, district officials addressed students Friday, urging them to leave Pawlucy alone.

Minutes later, some students were heckling Pawlucy's parents, shouting obscenities at them.

But since you can't go after kids for being kids, her rents, who aren't politically active, went after the teacher. Now, Lower Wingnuttia is in full attack mode. The teacher, who is black, has been receiving phone messages complete with the requisite racist slurs and death threats... 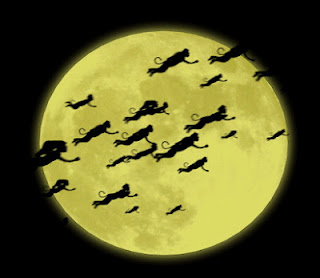 "Watch your back, (nigger). I'mma blow your (fucking) brains out."

Gaymon lives with two of her aunts in Philadelphia; one of them said that she picked up the phone and heard a death threat around 6 p.m. Friday and that after that, they stopped answering the phone. The calls continued, with several callers leaving messages, before the women unplugged the phone, they said.

They played several messages for The Inquirer that were loaded with racial slurs and profanities.
...
Whatever happened in school that day, it was all in jest, the aunts said their niece told them.

Gaymon was not available to be interviewed.

"She's a jokester. Lynn is like the family clown," one of the aunts said. "When it comes to entertainment, she's the one."
...
(Gaymon) told (her aunts) she left school on the day of the incident believing her students, including Pawlucy, knew she had been joking.

Gaymon has long been an advocate for students, her aunts said, and had been on good terms with Pawlucy.

Pawlucy agreed that she (sic) gotten along with Gaymon and could see how Gaymon may have been joking. But she said the experience was humiliating.
...
Gaymon's aunts said she appreciated the support but wasn't happy with the divisive anger.

"Lynn's really hurting about Samantha. She's really, really hurting for that child," one of them said. "Do what Lynn would want, what she always wants her kids to do: Come to school. Do your homework. Be on time. Be respectful."
...
She said she hoped the Pawlucys would join them in calling for an end to all harassment, threats, and bullying. She said she'll be praying for Samantha Pawlucy and her family in church on Sunday, and wants to see the situation resolved peacefully.

It's the actions of the rents that escalated this situation. The perfectly predictable - to a person of normal intelligence - harassment from her fellow students didn't start until after the parents made a big stink and went running to the media.

This mountain will be reduced back to a mole hill. Talk about teachable moments, at this point I'm guessing everyone involved has regrets, and they should. Lessons to be learned from this incident abound.

The teacher's joke was clumsy and inappropriate, but not malicious. The lesson is be careful what you say, even when you're kidding, especially in a classroom environment. Whom among us hasn't told an inappropriate or clumsy joke?

The lesson for the girl is if your feelings were hurt, say so. She had a good relationship with this teacher. She should have gone to her teacher right after class and said, "That hurt my feelings."

The lesson for the other students is yes, people do have differing political views. It's not necessary to agree with someone's politics to respect their right to express their opinion.

The lesson for the parents is don't take a minor incident in teendom and blow it up into a federal case. Get some bleeping perspective. Your teen is not a special princess to be protected from every pea. Instead of escalating the problem by going into full attack mode, how about actually addressing the problem directly and honestly?

The other, and perhaps most important,  lesson here is for all of us. Be careful. Too many Lower Wingnuttians are dangerous, violent, racist nutbags, and they will react viciously at any perceived poutrage. Death threats and racist slurs because of a joke of questionable taste? Really? WTF is wrong with you people?
Posted by John Avignone at 4:02 PM