How stupid are they? Oh... My... God! - Birthers Tout Badly Faked Vid As "Proof" Obama Was Born In Kenya 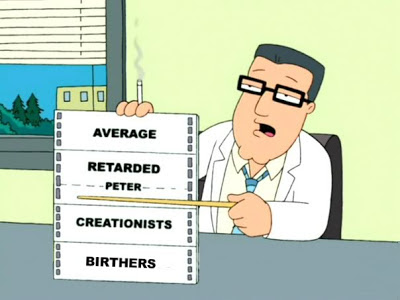 Everything Possible Happens brings you a complete and thorough debunking of the latest insane stupid assholery to crawl out of the fetid swamps of Lower Wingnuttia... 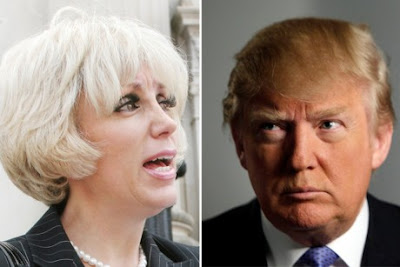 Not content with the insane babbling boobery of Orly Taitz and Donald Dumbshit, the birthers are back, and this time they have PROOF! PROOF, I tell you, PROOF! And the PROOF has already gone VIRAL throughout Lower Wingnuttia! It's out there, man, it's out there!

And what might this, er, "proof" be, a not crazy, not stupid, not wingnut racist fundie moran birther boob might ask?

Vice, a stinking cesspool of a vulgarian loonytoonian website and magazine that I refuse to link to, has posted PROOF, PROOF, I tell you, that Obama was actually born in KENYA and they have the VIDEO to prove it!

Did we say debunking? When huge, steaming piles of Teh Stupid come this fast and furious, it's hard to know where to start. For example...

*The video is supposedly a "VHS transfer of a Super-8 home movie filmed by Barack Sr." In fact, there was no Super-8 in 1961, when Obama was born. Kodak didn't release the Super-8 format until 1965.

*The Kenyan flag, Bendera ya Kenya, conveniently placed on the bedboard next to the medical chart, wasn't adopted until December of 1963.

*The picture attached to the chart for no reason whatsoever is actually Ann Dunham's yearbook photo. Why would they attach a picture at all? They wouldn't, but if they did, why wouldn't they use a RECENT picture? What, no passport photo? Are we to believe Ann traveled the world with her yearbook in her purse just in case? 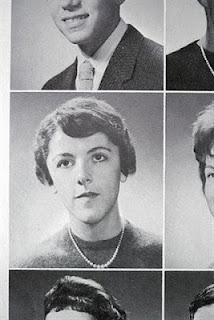 Ann Dunham's High School Graduation Picture
*The 6 inch long umbilical cord in the vid falls off on its own. Real umbilical cords are about 2 feet long and must be clamped, then cut. 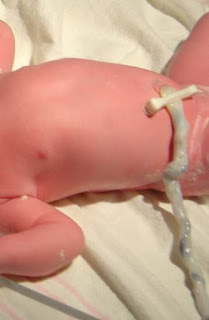 *The child in the video is obviously not a newborn, unless it's a 25 pound alert newborn holding up its own head with eyes wide open.

*All newborns are covered in a white, milky substance called vermix, which protects the infant from amniotic fluid. Vermix clings especially in the area around the eyes and folds in the skin. There is no vermix on this "newborn." 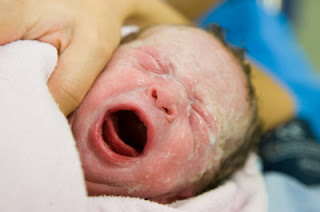 *Whoever made this video has obviously not seen a live birth. Something important is missing entirely. Can you say "placenta"? You can say it, but you can't find one in the vid. In fact, the "newborn" comes out amazing clean with no sign of blood, amniotic fluid, vermix or fluids of any kind. 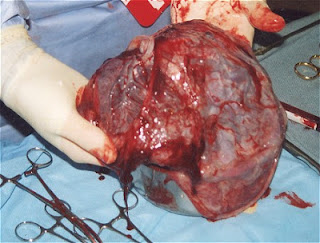 *Momma pops out this humongous, gargantuan, world's largest newborn ever easier than a baseball player spits out a pumpkin seed, and all in just a few effortless seconds. Not. 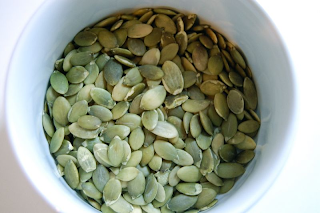 *And finally, my personal favorite, zoom in on the calendar conveniently placed next to the flag and the pic and you find that EVERY day in August of 1961 is shown as the 4th. Apparently the producers were too bleeping stupid to bother looking up the actual days as the fell in August of 1961, including FRIDAY, August 4th, Obama's birthday. 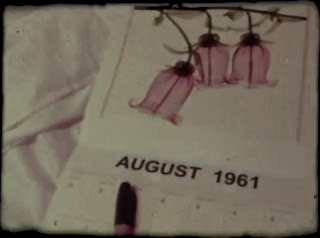 The lesson here is a familiar one; Never underestimate the stupidity of GOP racist wingnut birther imbeciles.﻿
Posted by John Avignone at 4:31 PM