Climate Denier Boobs - A deepening desire... to be STUPID & Stubborn 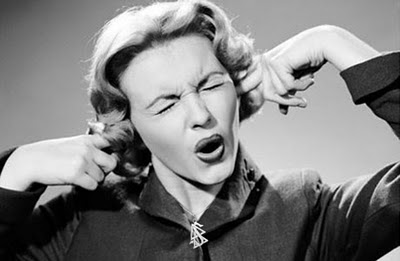 The scientific world, and the rest of the world not infested by ignorant racist tea bagging buffoons, long ago reached consensus on global warming. It's happening and humans are a major cause. But in the US the anti-science, anti-knowledge, anti-everything tea bagging imbeciles that drive today's GOP see it differently from every other sentient creature anywhere.

To these proud standard bearers for the Créme de la Dumb, it's all just a liberal plot. It's a scam, a fraud, a sham! It's greedy scientists out to bilk those poor oil companies out of millions so they can fund their lavish secret lab celebrity lifestyles. Yes, they really are THAT effing stupid. From the AP...


Tucked between treatises on algae and prehistoric turquoise beads, the study on page 460 of a long-ago issue of the U.S. journal Science drew little attention.

But the headline on the 1975 report was bold: “Are We on the Brink of a Pronounced Global Warming?” And this article that coined the term may have marked the last time a mention of “global warming” didn’t set off an instant outcry of angry denial.
...
Columbia University geoscientist Wally Broecker calculated how much carbon dioxide would accumulate in the atmosphere in the coming 35 years, and how temperatures consequently would rise. His numbers have proven almost dead-on correct. Meanwhile, other powerful evidence poured in over those decades, showing the “greenhouse effect” is real and is happening. And yet resistance to the idea among many in the U.S. appears to have hardened.

“The desire to disbelieve deepens as the scale of the threat grows,” concludes economist-ethicist Clive Hamilton.

He and others who track what they call “denialism” find that its nature is changing in America, last redoubt of climate naysayers. It has taken on a more partisan, ideological tone.
...
“The opposition by the Republicans has gotten stronger and stronger."
...
The basic physics of anthropogenic — manmade — global warming has been clear for more than a century, since researchers proved that carbon dioxide traps heat. Others later showed CO2 was building up in the atmosphere from the burning of coal, oil and other fossil fuels. Weather stations then filled in the rest: Temperatures were rising.
...
By 1988, NASA climatologist James Hansen could appear before a U.S. Senate committee and warn that global warming had begun, a dramatic announcement later confirmed by the Intergovernmental Panel on Climate Change (IPCC), a new, U.N.-sponsored network of hundreds of international scientists.
But when Hansen was called back to testify in 1989, the White House of President George H.W. Bush edited this government scientist’s remarks to water down his conclusions, and Hansen declined to appear.
...
“I’m not really surprised at the political reaction,” the Swedish climatologist told The Associated Press. “I am surprised at the way some of the scientific findings have been rejected in an unscientific manner.”
In fact, a document emerged years later showing that the (oil and coal) industry coalition’s own scientific team had quietly advised it that the basic science of global warming was indisputable.
...
by 2000, the CO2 built up in the atmosphere to 369 parts per million — just 4 ppm less than Broecker predicted — compared with 280 ppm before the industrial revolution.
Global temperatures rose as well, by 0.6 degrees C (1.1 degrees F) in the 20th century. And the mercury just kept rising. The decade 2000-2009 was the warmest on record, and 2010 and 2005 were the warmest years on record.

Satellite and other monitoring, meanwhile, found nights were warming faster than days, and winters more than summers, and the upper atmosphere was cooling while the lower atmosphere warmed — all clear signals greenhouse warming was at work, not some other factor.
...
In the face of years of scientific findings and growing impacts, the doubters persist. They ignore long-term trends and seize on insignificant year-to-year blips in data to claim all is well. They focus on minor mistakes in thousands of pages of peer-reviewed studies to claim all is wrong. And they carom from one explanation to another for today’s warming Earth: jet contrails, sunspots, cosmic rays, natural cycles.

“Ninety-eight percent of the world’s climate scientists say it’s for real, and yet you still have deniers,” observed former U.S. Rep. Sherwood Boehlert, a New York Republican who chaired the House’s science committee.
...
In an interview, he said he found a “transformation” from the 1990s and its industry-financed campaign, to an America where climate denial “has now become a marker of cultural identity in the ‘angry’ parts of the United States.”

“Climate denial has been incorporated in the broader movement of right-wing populism,” he said, a movement that has “a visceral loathing of environmentalism.”

An in-depth study of a decade of Gallup polling finds statistical backing for that analysis.
...
Even Wally Broecker’s jest — that deniers could blame God — may not be an option for long.
Last May the Vatican’s Pontifical Academy of Sciences, arm of an institution that once persecuted Galileo for his scientific findings, pronounced on manmade global warming: It’s happening.

It's time for the US to stop allowing the biggest idiots to run the show. Let them wear their tin foil hats and spout absurd nonsense. Let them believe whatever asinine fantasy bullshit they wish. Just don't let them drive the damn bus. Global warming is real, it's really happening and we really need to do something about it, period, end of story, move the bleep on, and everyone, everyone in the world agrees, except rightarded tea bagging ignorant Republidolts. We don't have the time to coddle the half witted ignorant stupid assholes any more. Get with the program or get the bleep out of the way. Reality is coming through and it ain't gonna pause for your stupidity.

The Hy-Brazil is sinking scene from Erik the Viking wasn't specifically about global warming denial, but it easily could have been...