No, Hitler Did Not Ban Guns - And Neither Did Mussolini, Castro, Stalin or Pol Pot...

1/17 - UPDATE: As the gun nut counter arguments have become repetitive, not to mention weary, stale, flat and unprofitable, I'm not going to answer individual gun nut stupid arguments anymore. Instead, at the bottom of this post you'll find a synopsis of the top stupid arguments  in no particular order, and my rebuttals. If you're a gun nut and you don't see your favorite stupid argument here, by all means, regale us with your keen insight. 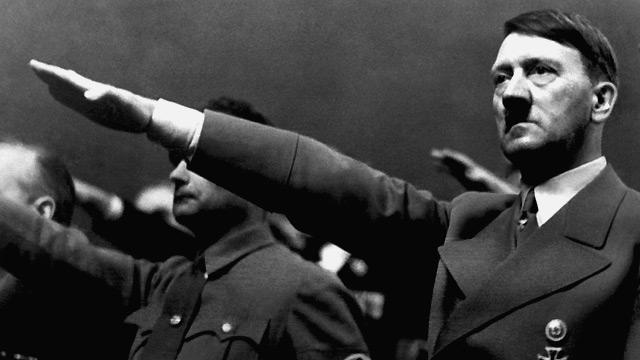 Gun nuts take it as a matter of faith that terrible dictators were only able to rise to power after they had disarmed their own people. This is quite simply not true. In the most commonly cited examples - Hitler, Mussolini, Stain, Pol Pot and Castro - gun restrictions played absolutely no role in gaining or maintaining power.


The gun culture is right about one thing, however. Hitler really did enact a new gun law. But it was in 1938, not 1935 – well after the NAZIs already had the country in its iron grip. Furthermore, the new law in many ways LOOSENED gun restrictions. For example, it greatly expanded the numbers who were exempt, it lowered the legal age of possession from 20 to 18, and it completely lifted restriction on all guns except handguns, as well as on ammunition.

PP does point out that the Nazis did prohibit Jews from owning guns, among many other prohibitions. But the idea that a small minority with a few weapons could have stood up to the German war machine is risible...


Under their reign, Jews were prohibited from owning guns, just as they were prohibited from doing many things. And it has become an article of faith among the gun culture that had they been armed, the Holocaust would not have happened (that is, among those members of the gun culture who know that the Holocaust really did happen). But the concept of a handful of citizens armed with hunting rifles and Saturday night specials fending off an army is delusional hubris peculiar to gun addicts.


Taking it a logical step further, Jews in Prague still had guns. Jews in Warsaw and Kracow had guns. Jews in Paris had guns. Fat lot of good it did them. The claim that if only Jews in Germany had been armed, the Holocaust would never have happened is risibly absurd. 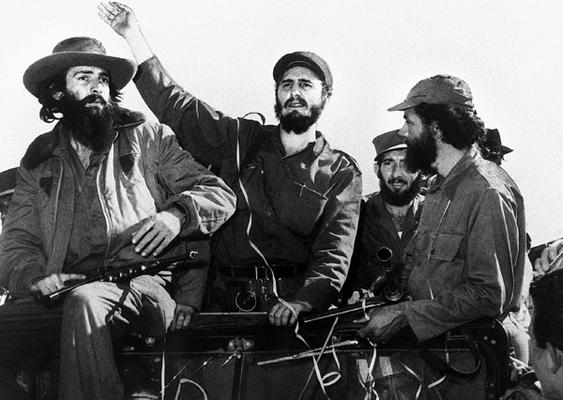 The gun nut appeal to Godwin, aka going Hitler, isn't the only oft repeated lie. "Castro banned guns in Cuba," is popular, as well. This is also untrue. Cuba has restrictions on long guns, but any citizen can own a hand gun. Not to mention, the revolution didn't succeed because Castro took guns from Cubans. It succeeded in part because he gave guns to Cubans. 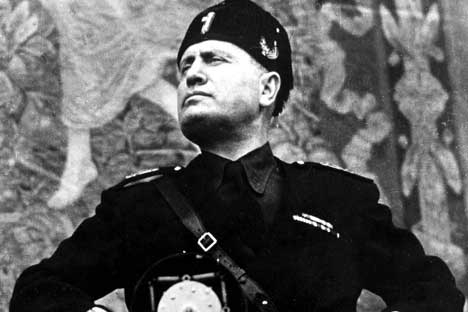 "Mussolini banned guns!" No, he didn't. Il Duce used propaganda and political manipulation to gain and hold power. While he did speak publicly in favor of gun control, he did not ban guns in Italy. What he did do to consolidate power was introduce the Acerbo Law, which changed the way elections were run in Italy to greatly favor the Fascists. Italy under Fascism was a police state, but not because guns were banned. 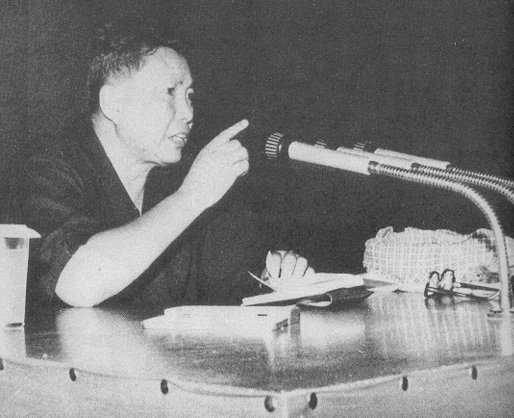 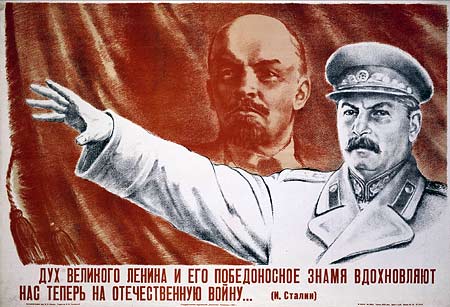 "Stalin banned guns!" Nope. He had nothing to do with Russia's strict gun control laws, enacted as Stalin was coming to power. At no time in the revolutionary period were guns banned in Russia, nor were guns - or the lack thereof - a factor in Stalin's rise or his grip on power. 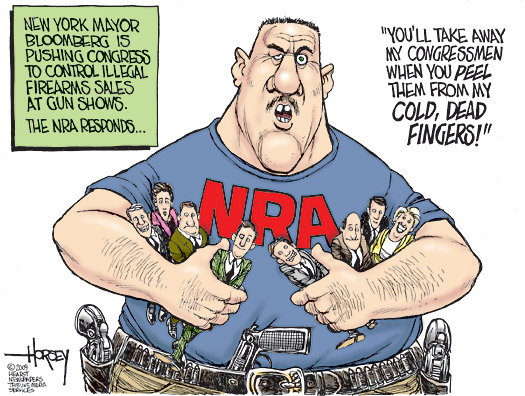 Sadly, reality doesn't seem to matter. Those who believe these myths will continue to believe, facts be damned. But that doesn't mean the truth should be subverted, and the truth is these gun nut claims are not accurate, at best.

Here's the top gun nut arguments so far, with my rebuttals...

Not one of you has been able to refute any of my facts. Comically, many of these nuts believe it's up to me to prove the facts true. Not surprising  Very few gun nuts were on the debate team or know the first bleeping thing about forensics. FYI, ignorant gun nuts, in any debate, if you believe your adversary's statements to be in error, it is incumbent upon YOU to refute them authoritatively. And no, "Nuh uh," or, "Is not," do not refutations make, duh.

You are not the president of the United States. You're just a gun nut with delusions of adequacy. How bleeping stupid must one be before one is unable to understand that the most powerful office in the world merits extra protection, especially as more than a few presidents have been SHOT? Is fork in the face stupid sufficient or must one be super dense, black hole, singularity-type stupid?

3. "In Australia (or England, Sweden, insert your favorite country to hate here) crime went UP after guns were banned!"

This one is double dumb. First off, it's simply not true, which is why not one of these nuts can provide any kind of citation to any such thing. Second, none of the favorite gun nut target countries banned guns.

Gun nuts are too ignorant to know bringing up Chicago disproves their own argument. The fact is Chicago banned hand guns in 1982. Beginning in 1983 and continuing for 28 years, the murder rate trended consistently down, falling every year except 2.

In 2010 the Supreme Court overturned Chicago's ban. Once again cheap hand guns were easy to come by. Guess what happened? The murder rate skyrocketed.

As to comparing large states with large urban areas to empty rural states, what, are you gun nuts really THAT bleeping stupid?

Good point! Yes, Mexico is suffering terrible problems at the hand of drug cartels. Drug cartels that supply the American market using guns they bought legally in Texas, then smuggled into Mexico. IOW, our taste for drugs and our gun culture are in large part responsible for Mexico's troubles.

They do, which is why we require drivers to be licensed, which requires passing proficiency tests every few years. We require all vehicles to be registered with the state and pass inspections at regular intervals. We require liability insurance. We tax all vehicle sales, retail and private. By all means, yes, let's treat guns just like we treat cars.

7. "Hitler disarmed the Jews. If the Jews had guns, there would have been no holocaust!"

Yes, Hitler disarmed German Jews in 1938, long after the Nazis had consolidated total power and long after they had subjugated German Jews, taking not just their guns, but their citizenship, businesses, livelihoods  homes, possessions...

Not to mention, Jews in Warsaw, Paris, Prague, etc., were not banned from owning guns until after Hitler had conquered their nations. Six million died. Fat lot of good their guns did them against the Nazi war machine.

Following this toy train of logic to its inevitable flaming wreck, because some people will break the law, we shouldn't have any laws at all.

No, you can't, but it's stupid to argue that since we can't stop all tragedies we shouldn't try to stop any. Stupid, stupid, stupid.

Learn to read. Nobody has suggested any such thing. Stop listening to those voices in your head.

11. "Israel and Switzerland have lots of guns and low crime rates!"

Both Israel and Switzerland have extremely strict gun laws, duh. Thanks ever so much for proving my point that gun control, does, indeed, reduce violent crime.

Nonsense. The rate of mass shooting during the ban was MUCH lower than before or after.

Posted by John Avignone at 6:21 PM