As Perry Flames Out, Christie Waits In The Wings 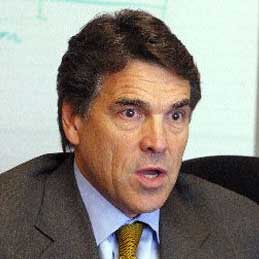 Desperate for someone, anyone other than the sad collection of nutballs, weirdos and longshots currently pursuing the GOP nomination, wingnuts, aka the GOP base, embraced Rick Perry the minute he announced, catapulting him into the lead in major polls. Then came two horrendous debate performances, embarrassing excerpts from Perry's embarrassing book and a steady series of gaffes and self inflicted wounds. Perry's numbers went into free fall. Now comes N****rgate...


Paint Creek, Tex. — In the early years of his political career, Rick Perry began hosting fellow lawmakers, friends and supporters at his family’s secluded West Texas hunting camp, a place known by the name painted in block letters across a large, flat rock standing upright at its gated entrance.

Perry is done. Finished. He's toast. He might as well have "Niggerhead" tattooed over his brow in 2nd coming type. In the end it doesn't matter if or when someone painted some damn rock. The fact is Perry's favorite retreat has always been and still is universally known as "Niggerhead," and Perry damn well knows it. This is what's known in technical circles as an unrecoverable error. There's only one fix for the GOP: Uninstall Perry, then reboot. Again. 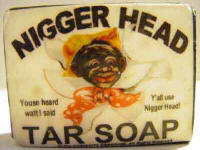 With Perry's spectacular flameout, hard on the heels of Batshit Bachmann's flameout which followed Donald Trump's flame out which followed Tim Pawlenty's flameout, idiot rightards are now desperately pleading with Chris Christie to run, a guy who thinks they're effing crazy. And stupid. And bigoted. And he's right.

Most pundits agree that if Christie enters the race he'll vault to the top of the field on day 1. Thing is, once the wingnuts, notoriously low information voters, start to get a whiff of the real Chris Christie, they'll be horrified.

Well, get ready, wingnuts, 'cause if Chris Christie does enter the race, you're going to hear a whole bunch of Christie quotes that will light your thinning hair on fire. See, Christie may well be an asshole, an image he embraces and very possibly his most attractive attribute to the lunatics running the GOP asylum these days, but he's not stupid or crazy.

For example, Christie believes global warming is real. He also supports gun control, a woman's right to choose, equality for gays, a clear path to citizenship for undocumented workers and, worst of all, he believes Muslim Americans are every bit as American as anybody else and that the idea that Sharia law is a threat is based on ignorance and bigotry and it's just plain crazy to think otherwise.

Hint: He's talking about you, GOP base. You're the "crazies."

On top of that, he doesn't think Barack Obama is a Kenyan Mau Mau socialist sleeper agent out to destroy our way of life. He thinks Obama is a good guy, a real American trying to do the best for his country.

Oh's no's, it's the apocalypse!

Should Christie run, it's going to be interesting to watch as the wingnuts ever so slowly begin to realize the truth, and by interesting I mean it's going to be a bleeping hoot. My opinion is because Christie isn't crazy or stupid he's aware of all of this and so he will not enter the race. But there's an awful lot of money chasing after Christie these days. As we've seen over and over again, money does strange things to people. He may decide that fracturing the GOP and losing to Obama might not be such a bad thing after all, if it comes with multi hundreds of millions in cash.

I'm disappointed by the Perry flameout. Barack Obama v Rick Perry would play out like the Green Bay Packers v your local high school. But the prospect of wingnut heads exploding once they realize their latest saviour is, from their POV, even more flawed than the nutballs and idiots running now is appealing.

The bottom line is Christie can't beat Obama, especially given that his support among Christo-fascist tea bagging douchebags is likely to be soft, to say the last. But maybe a swift kick in their collective stupid ass from one of their own will help jar loose some of the insane wingnut bullshit and relegate the tea bagging, John Birch, know nothing, crazy, racist stupid a**holes back to passing around mimeographed kook.sheets by from crazy hand to crazy hand, as they so richly deserve.

In the meantime, Bloomberg notes some of Christie's greatest hits...

“Being in this country without proper documentation is not a crime.”

Christie has said the U.S. government should secure the border and create a “pathway to citizenship” for illegal immigrants -- something many Republicans oppose and consider amnesty for lawbreakers.

He opposes gay marriage yet supports New Jersey’s civil union law. “I think if someone is born that way, it’s very difficult to say then that that’s a sin.”

The New Jersey governor in August defended his pick of a Muslim for a state judgeship, saying critics of Sohail Mohammed, who represented suspects after the Sept. 11 terrorist attacks, were “ignorant” and “crazies.”

“This Shariah law business is crap,” Christie said. “It’s just crazy, and I’m tired of dealing with the crazies.”

Get the popcorn ready, 'cause this is gonna be fun to watch...
Posted by John Avignone at 6:59 PM