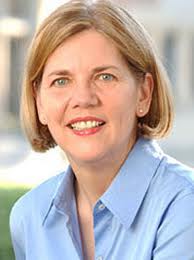 
Elizabeth Warren has had an incredibly successful launch to her Senate campaign and actually leads Scott Brown now by a 46-44 margin, erasing what was a 15 point deficit the last time we polled the state in early June.
...
The surprising movement toward Warren has a lot to do with her but it also has a lot to do with Scott Brown.  We now find a slight plurality of voters in the state disapproving of him- 45%, compared to only 44% approving.  We have seen a steady decline in Brown's numbers over the last 9 months.  In early December his approval was a +24 spread at 53/29.  By June it had declined to a +12 spread at a 48/36.  And now it's continued that fall to its current place.

While Warren's lead may reflect a bounce from her high profile candidacy announcement, the poll shows Scott Brown's numbers continuing to slide while Warren's number continue to rise. Look for Wall Street to start throwing huge piles of cash at Brown to fend off the challenge from reform advocate Warren.
Posted by John Avignone at 9:08 PM