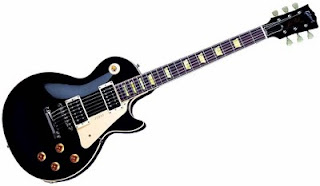 UPDATE: A lot has happened since this story was published almost a year ago. There's a follow-up story here from a few weeks later, but here's the final story in the series, with full details about Gibson's plea deal with DoJ - a nearly $1 million fine and an admission of specific and deliberate illegal activity.

And here's the final story in the series, from this week...

The wingnutosphere is ablaze with a new wingnut meme. Barack Obama is persecuting legendary guitar maker Gibson! This "outrage" has been picked up by many of the usual wingnut sources and is now spreading through social media. Like all of these flash memes in the wingnutoshpere, this one is 99.9% BS. Despite right wing whining about Obama picking on Gibson, the fact is current enforcement actions were begun by the BUSH Justice Department. This from Gibson press release, via Twitter...


Henry Juszkiewicz, Chairman and CEO of Gibson Guitar Corp., has responded to the August 24 raid of Gibson facilities in Nashville and Memphis by the Federal Government.
...
The raids forced Gibson to cease manufacturing operations and send workers home for the day while armed agents executed the search warrants. “Agents seized wood that was Forest Stewardship Council controlled,” Juszkiewicz said. “Gibson has a long history of supporting sustainable and responsible sources of wood and has worked diligently with entities such as the Rainforest Alliance and Greenpeace to secure FSC-certified supplies. The wood seized on August 24 satisfied FSC standards.”

Aw, poor babies! Guitar maker Gibson is being picked on for deliberately flaunting US regulations in place since 1900 and amended by the Bush admin to stop international trade in illegally logged wood. How unfair that they shouldn't be able to pay less than half price for their illegally logged foreign wood! Especially since the Forest Stewardship Council, aka the Enron of forestry, sez it's okay!

FYI, Gibson, no longer the legendary family owned Kalamazoo guitar maker, has, since being taken over by South American conglomerate, a long and sordid record of buying illegally logged foreign wood for a fraction of the price of legally logged US wood. And the FSC, which, coincidentally, I'm sure, receives most of its funding from Gibson, has been thoroughly discredited by every conservation group on the planet, including founding members like the Rainforest Foundation, for being nothing more than a front for protecting Big Biz while promoting the destruction of old growth forests around the world.

Is this really the latest wingnut meme on the Intertubes? Typical. Long on outrage, short on facts. The fact is any player can tell you Gibson quality has gone to crap since the ECL takeover and the move to Nashville. In a relatively short period of time the new foreign mega-corporate management has managed to destroy Gibson's sterling reputation for quality, workmanship and worker fairness built up over more than 100 years.
Why, one might ask, would Gibson move from Kalamazoo, their home for more than 100 years, to Nashville? Just another Big Biz decision to kill off union jobs in MI in favor much lower paying jobs with virtually no benefits in Tennessee. See, it's a lot cheaper to hire unqualified labor using cookie cutter manufacturing techniques than it is to pay craftsmen to build fine instruments.

I would remind my right wing friends that there's always another side to every story, and the Gibson side of this story is truly an ugly one. Unless you support killing off US jobs in favor of cheap, illegally obtained imports while trashing worker's rights and drastically lowering quality, you really don't want to be carrying water for companies like Gibson. Put the outrage on hold for a minute and look at the facts.
Posted by John Avignone at 7:29 PM