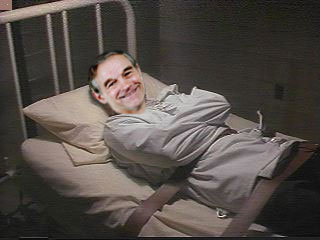 Ron Paul has managed to acquire quite a bit of support form those who consider themselves progressive, despite the fact that he's a racist, misogynist, hypocritical, Bircher conspiracy theory nutball. Why? Kuz, like, you know, he's totally against the wars and for legalizing dope, d00d! For real!

I can find one or two issues on which I agree with Batshit Bachmann, too. Here's five good reasons progressives should never support Ron Paul. See the must read original post for details...

1. Paul would restrict abortion based on anecdotal "evidence," rather than science.
2. Paul has dreadful views regarding personal liberty and fundamental rights.
3. Paul would threaten the independence of the federal judiciary.
4. Paul wants to repeal historic legislation that was responsible for curtailing racial and sex discrimination in the workplace and for prohibiting racial discrimination in places of public accommodation.
5. Paul wants to erode the power of voters by repealing the Seventeenth Amendment.

Posted by John Avignone at 8:22 PM